Essential oil of the month - Cinnamon 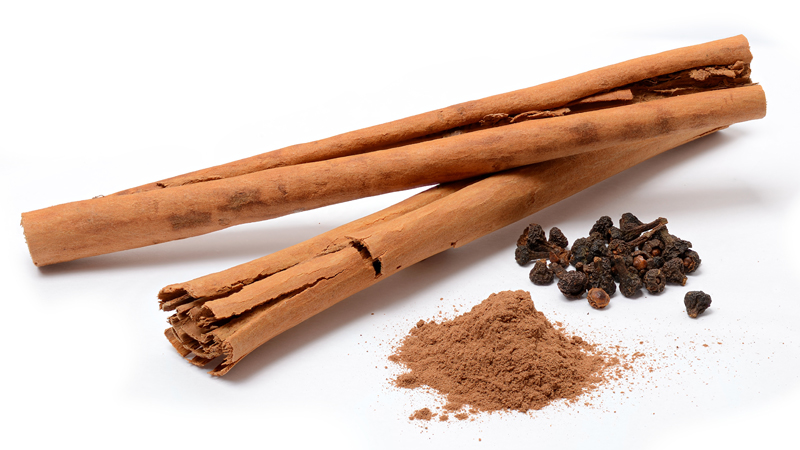 Cinnamon (Cinnamomum zeylanicum) is an aromatic, evergreen tree that predominantly grows in India, Sri Lanka and South East Asia. The medicinal properties of this unmistakable spice have been known for thousands of years - and it is now commonly used as a food flavouring, digestive and circulatory tonic and an immunity booster.

The essential oil distilled from the aromatic bark isn't used in aromatherapy as it is too irritating for the skin and mucus membranes. The leaves however offer a yellow/brown oil that has a similar warm, spicy, fragrance with few of the irritant properties of the bark.

SAFETY NOTE: Although the essential oil produced from the leaves is non-toxic, it can still be an irritant and a mild sensitiser for some – so it is best used very sparingly. Do not use topically for those with sensitive skins and never use topically at a dilution of more than 3%.

As a circulatory stimulant

It is useful in massage for those who feel the cold and who suffer with poor peripheral circulation. Try 30ml Sweet Almond Oil with 1 drop Cinnamon, 2 Rosemary, 2 Lemon and 8 Lavender.

As a digestive aid

For those who suffer from sluggish digestion/constipation, use in full body massage paying particular attention to the clockwise rotation over the abdominal area. Try 30ml Grapeseed Oil, 1 drop Cinnamon essential oil, 4 Sweet Orange, 1 Palmarosa and 2 Lime.

As an immunity booster

To lift mood and boost up immunity and to neutralise airbourne microbes, vaporise 2 drops Cinnamon, 2 Clove and 4 Lemon Eucalyptus.

For nervous debility and stress